Goldfish are a classic starter fish for most aquatic animal enthusiasts. But, how much does a goldfish cost? These fish are inexpensive and may range anywhere from $4.00 to $10. The price of your goldfish depends on the species, condition, and gender.

How Much Does A Goldfish Cost?

The general cost to purchase a goldfish varies between $1.00 and $10 depending on species and supplier. Some goldfish can cost more, extending as high as $40. There are several species of goldfish. These goldfish come in all sizes, shapes, and color variations which vary in price.

The cost of the goldfish depends on where you purchase your goldfish. Price also varies depending on the gender of the goldfish. Typically, male goldfish sell for a higher cost than females because of their bright colors.

Some retailers will sell goldfish at lower prices or discount prices because of their commonality. They may also offer discounts for the amount of fish you purchase.

Average prices are surveyed from Petco and other major fish retailers across the United States. However, these prices only include the price of the goldfish itself. The price to purchase a goldfish does not include the supplies required to care for the fish.

Adequate care supplies for your goldfish can be costly. When deciding on the species of goldfish to buy, remember your budget. Factor in additional costs such as food, a fish tank, decorations, and a filtration system, can be costly. 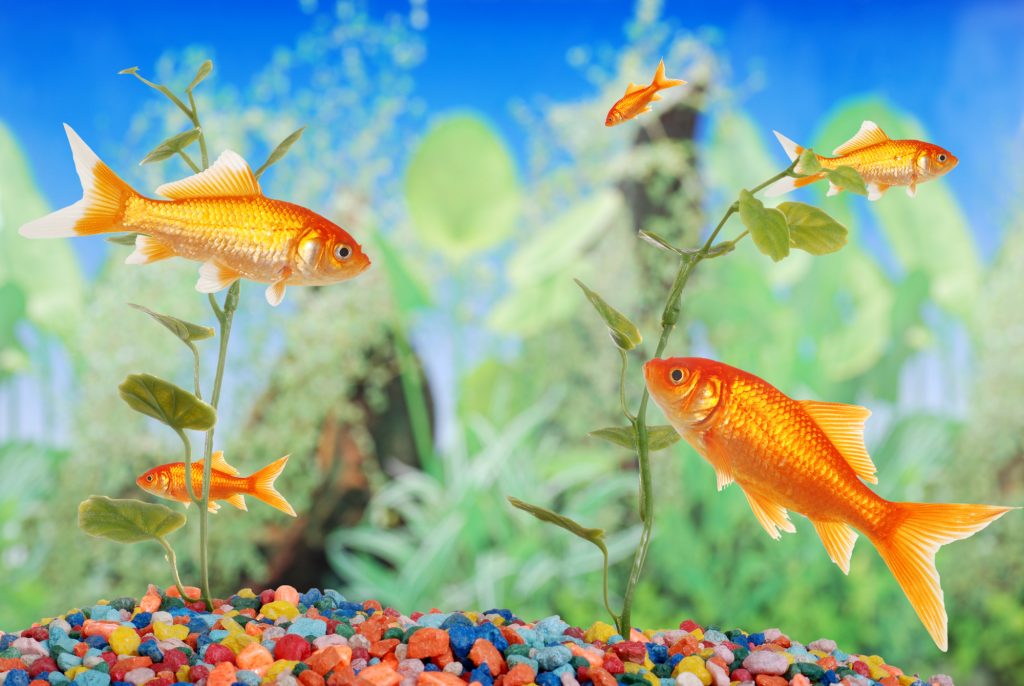 Factors Affecting The Cost Of Goldfish

The cost of goldfish alters for many reasons, such as gender, species, and more. Many people purchase goldfish because of their low cost. The many goldfish species are great starter fish because they are cheap, low-maintenance, and friendly.

Even better than their great personalities is how cheap goldfish are. Several things can affect the cost of goldfish. The most common reason that fish are most expensive is because of the species. Still, even expensive fish can vary in price because of age, gender, and health problems.

Gender can make an impact on the price of your goldfish. Typically, female goldfish are cheaper than males because they are less colorful. Much like other feed species, male goldfish use their bright colors to attract females. Males are more colorful, have more intense patterns, and are often larger than females. Although everyone wants the most colorful fish around, these intense colors result in a higher cost.

If money is an issue, purchasing a female goldfish can save you a few cents or even a couple of dollars on more expensive species. There is no difference in the temperament of male versus female goldfish. Both are highly friendly and

Sizes of goldfish can affect their price. Typically, the size of the goldfish correlates with their species. For instance, Jumbo species cost more than common species because of their large size. Similarly, any fish larger than normal is subject to being priced higher.

Health can have a large influence on your goldfish. A healthy and breedable goldfish will sell at an optimal price compared to a sick goldfish that cannot breed. If you intend to use a goldfish for breeding, this is something that you should state clearly to the fish seller while buying.

Similarly, stores sell goldfish with diseases at lower prices (if they sell them at all). Goldfish with fin rot or other physical illnesses will have a price reduction because they are deformed or chronically sick.

Some retailers may offer free adoption to fish that are chronically ill. You must treat these fish for their specific illness before introducing them into your community tank. However, this saves a fish’s life, and it reduces the cost of your goldfish to zero!

Naturally, some goldfish species are more expensive than others due to their rarity. For instance, the large and rare Jumbo Ryukin costs up to $30. The Jumbo Ryukin is one of the most costly goldfish. On the other hand, small and common goldfish species like the Red Fantail can be less than $5, depending on where you purchase them.

The supplier of your goldfish is one of the most significant factors in cost. Depending on who you purchase the goldfish from, the price will inevitably become higher. Some of the increased prices are justifiable, and others are not.

For instance, professional fish breeders will sell their fish higher because their fish are higher-quality. The goldfish they breed are pure-bred, and the breeders raise them in a humane environment. The quality of the goldfish makes the increased price worth it. On the other hand, retailers will increase the price and continue to treat fish horribly.

Age can impact fish species. Depending on the fish, older age can result in a decreased price. Other species may cost more in their older age because they are capable of breeding. If you are concerned about how age impacts cost, consult with your fish salesman.

How Much Does Owning A Goldfish Cost?

Investing in a goldfish generally begins at around $70 and then works its way up from there. Depending on the resources you already have available to you, the amount of money you will initially need to get a goldfish can alter. For instance, if you already have a fish tank, your price is immediately split in half!

In the beginning, you will require a small amount of money to get going. However, the upkeep and care of your goldfish will not cost a hefty sum over time. Goldfish typically last for ten years in captivity if you care for them properly. If you end up spending up to a maximum of fifty dollars a year on your goldfish on additional supplies, $500 is not bad for upkeep!

Before purchasing your fish tank, consider your fish population—also, factor in the amount of space your decorations will take up. Overpopulating crowded tanks is a common reason fish become stressed and sick. Goldfish require plenty of open water swimming space, so the more space your fish have to swim, the better.

Filters are a critical investment that many people forget to purchase. Using a filter has several benefits, like aerating the water in your tank, which makes “breathing” easier for your fish. Filters also remove debris, like leftover food and fish poop from the water.

Decorations are a major part of your fishes tank because they make them feel at home. Good decorations for your fish tank include coral reefs, natural vegetation, and gravel for the bottom of the tank. These decorations accommodate your goldfish’s lifestyle and emulate real life in the lake or other natural body source.

Finding decorations with space to hide will make your fishy friend happy. They enjoy sleeping in hidden places. Covered hiding places make your goldfish feel naturally protected from predators like they would if they were in the wild.

Fish food is another investment. Unlike fish tanks and decorations, fish food is a recurring investment. This inexpensive investment runs for around $5 to $10 per bottle. It must be repurchased around every one to three months, depending on the type of food you purchase.

Goldfish are the perfect fish for beginners. They are cheap but can get expensive, depending on the species. The price of goldfish can range anywhere from $5 to $30. Many factors influence the price of goldfish species. This estimated price only includes the fish itself and not the tank, filter, or additional materials necessary for fish care.

In addition to the species, the prices of goldfish can vary depending on gender, age, and health. Male goldfish are more expensive than females because they are more colorful. However, aside from their appearance, the male and female goldfish are not very different.

When purchasing a goldfish, such as a fish tank, decorations, and food, additional investments are required. When making these investments, choose wisely. The free space in your tank is important for the health of your goldfish. The overall fish population and the decorations in your tank are also important. Cultivating a safe and natural environment for your goldfish is critical for the safety of your fish.