Check out the video!

What Is Temperature Shock?

Sometimes knowing what to look for is going to be the key to saving your betta. So being aware of common betta temperature shock systems is vital for the wellbeing of your fish.

The symptoms of temperature shock are going to vary depending on whether the water has become too hot or too cold. Here are some of the most common symptoms.

If the temperature in your tank falls below the recommended safe level for bettas then you may notice some or all of the following symptoms.

The most common sign of temperature shock is lethargy. Fish are cold-blooded, so unlike mammals who generate their own heat, they can only absorb warmth from the water.

When the water is too cold to do this, they’ll often stop moving. The cold will make swimming and moving in general difficult for them, so they’ll avoid it as much as they can.

Resting At The Bottom Of The Tank

Another common sign is that your betta will rest at the bottom of the tank. This may be because it’s too hard for them to swim to the surface, or simply because they don’t have enough energy.

Slipping Into A Coma

At extremely low temperatures your betta may even slip into a coma. At this point, you’d have to act extremely fast to save them.

This happens because your betta’s body functions become so slow, he’s no longer getting enough oxygen to his brain to function.

It’s important that you don’t mistake being in a coma for being dead. If you think your fish has succumbed to rapid cold temperature shock then you should try to warm the water up as quick as possible. If after, a few minutes he starts moving again then you’ve just saved his life.

A healthy betta should rarely become sick. So if you notice there’s a direct correlation to your bettas immune system and the temperature of the tank it may be time to warm it up a little.

If you notice the temperature is too hot, you should do what you can to lower it back to a good level. Here are some of the common symptoms of hot temperature shock.

One of the first things you may notice is your betta breathing rapidly at the surface of the tank. While it’s normal for your betta to breathe from the surface it should appear natural.

When water becomes warm it can’t hold as much oxygen as colder water. So if you notice this, the temperature in your tank is too warm.

Staying At The Surface

As well as breathing rapidly your betta will also try to stick to the surface. A small pocket of highly oxygenated water normally falls just below the water line in fish tanks.

If your betta is struggling to breathe then you’ll notice him trying to stay near the surface and amongst the oxygen.

You will notice your betta also swimming erratically and quickly. When the water in your bettas tank heats up too much, your betta will have too much energy.

This sounds like a good thing but in reality, it’s not. This level of energy is only going to stress your betta out. There are a number of reasons stress is bad for bettas, but the biggest one is that it’s going to weaken his immune system.

(If you want to know more about the ideal temperature for bettas, then check out this article!) What Are The Most Common Causes Of Rapid Temperature Change?

A Change In Room Temperature

In the summer or winter, you may notice the temperature in your room changing dramatically. If the sun shines directly into your room, or if your house becomes particularly cold in the winter then your tanks temperature can swing dramatically as well.

This is more likely to happen in tanks that are smaller. The bigger a tank is the less susceptible it’s going to be to temperature change.

When You Add Your Betta To His Tank

Another time that temperature shock is extremely common in bettas and all fish is when you’re adding them to their tank. That’s why it’s so important that you give your betta time to adjust instead of pouring him into his new tank straight away.

And lastly, it’s also common for temperatures to change dramatically during water changes. If you add cold water into your tank straight away it’s going to reduce the temperature of the tank rapidly.

As you’re about to find out, there are actions you can take to avoid all of these things happening!

(Find out more about the perfect betta water temperature.)

What Can You Do To Avoid Temperature Shock?

Thankfully there are a few things you can do to help avoid temperature shock occurring in your betta.

How To Avoid Cold Temperature Shock

If you’re interested in learning all the ways you can heat up a tank then you should check out this article, which gives you information on what to do when your heater breaks

However, the main things you can do are:

How To Cool Down A Fish Tank

While hot temperature shock isn’t going to be as severe as it’s counterpart, it’s still best to be avoided. And while it’s more difficult to reduce the temperature, it’s not impossible. Here’s how to cool down a fish tank!

Let A Fan Blow Across The Surface

One of the best things you can do is let a fan blow across the surface of the tank. Using a fan is going to do two things.

First of all, you’re going to blow cold air into the tank which will cool it down. And secondly, the air is going to evaporate the water in your tank quicker which will also help cool it down.

Fortunately, aquarium fans are extremely inexpensive and extremely easy to set up. In fact, you can get them off Amazon for $20-$30

Turn Off Your Heater

If you’re going to be in the vicinity the whole time then why not turn your heater off for a little bit. This is also going to be the ideal time for you to check everything is in order.

A temperature rise in your tank could be due to a faulty heater, which means you may need to purchase another one. Just make sure you don’t leave the heater off for too long or it might struggle to warm the water up once it’s back on.

As you’re well aware a water change can often change the temperature in your tank causing it to drop to dangerous levels. However, this doesn’t have to be a bad thing.

There are a lot of different chiller heaters on the market, but as you can see, not all of them are expensive!

Turn Off The Lights

The majority of energy in lights isn’t spent on keeping the light on. In fact, most of it gets wasted in excess heat. If the temperature of your tank is too high then leave your tank lights off.

If you have a bottle or container that can fit in your tank it may be worth adding frozen ice. Just freeze some water in a bottle and make sure you clean the outside thoroughly so there are no chemicals on it.

Once the water is frozen, place it in your tank until the temperature drops to the level you want and then remove it again. Repeat this as necessary.

Make Sure You’re Aerating The Water

And lastly, while it won’t necessarily cool down the water a lot you should make sure you’re aerating the water. Warm water doesn’t contain as much oxygen as cold water, so if your tank is getting too hot, you need to make sure you’re supplying it with enough oxygen.

Now that you know how to cool down a fish tank you also need to know what temperatures are dangerous for bettas. 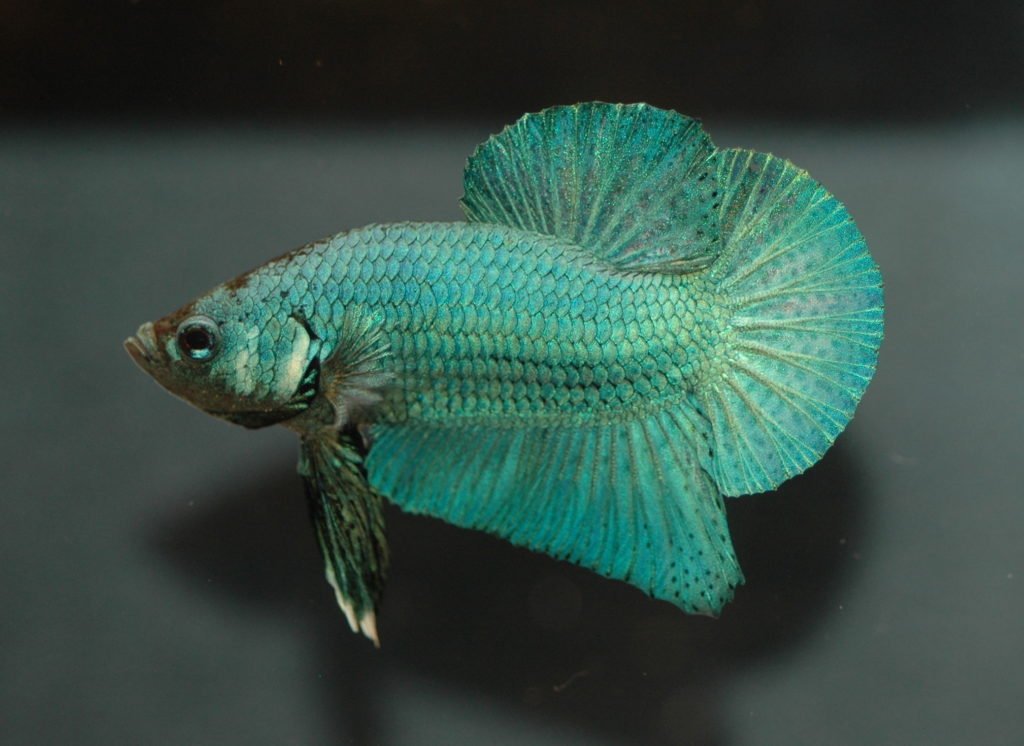 What Are The Max And Minimum Safe Temperatures For Bettas?

Below 74°F is when you’ll begin to notice the effects of temperature shock affecting your betta rapidly, and above 86°F he’ll begin slowly roasting to death in the water.

If the temperature exceeds or falls below 85°F or 76°F then it will become fatal over time.

The more likely scenario when temperature shock will be fatal is during a rapid change in temperature. For example, if you just place your betta into an environment where the temperature changes from 78-85°F straight away, then his body won’t have time to adjust.

So the best way you can stop temperature shock being fatal is by making sure that you never let the temperature change too rapidly.

If you follow the advice on this page your betta will live a long and happy life free of temperature shock.